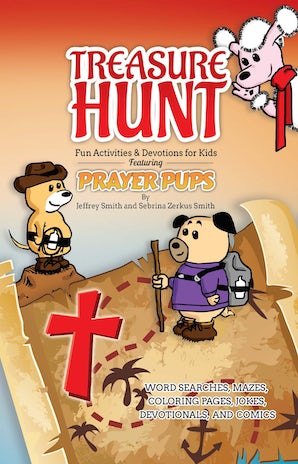 By Jeffrey and Sebrina Smith

Featuring the popular Prayer Pups characters, join Constantine, Abigail, Nim, Amos, and Jeremiah for comics, puzzles, mazes, jokes, word games, fun facts, and more. Best of all, children will find short devotions written especially for them, and encouraging Scriptures to think about during the day.

Have fun and be filled with joy as you spend time in this exciting activity book for kids! 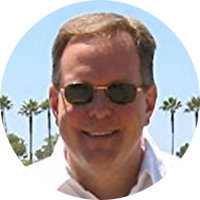 Jeffrey Smith’s background ranges from Hollywood to high tech. He began his career in advertising, writing, producing, and directing commercials for clients including McDonald’s, Panasonic, and Sony. He moved his family to Los Angeles after being offered a producer role at Disney’s promo department, where he created hundreds of trailers and TV spots.

In 2007, Jeff decided to fulfill a lifelong dream and create a comic strip. It was at that time that he felt God pressing upon him to use the comic strip format to spread His Word. A few months later, Prayer Pups was born, and the comics are now read across America and in over 175 countries around the world.

Sebrina Zerkus Smith is a writer and blogger with . . .