Born on April 3, 1964 in Detroit, Michigan, to a construction worker and a homemaker, William Sirls grew up as the youngest of six children. Active in both sports and imagination, he aspired primarily to become either a professional golfer or attorney. Realizing he didn’t have the talent or the grades for those careers, he shifted gears and went in another direction.

Over the course of his life, he has experienced both great highs and tremendous lows— some born of chance, some born of choice. Years before the publication of his first novel, he worked 60 hour weeks as a senior vice president at one of the nation’s largest investment firms, somehow finding time to read three to four books per week and to rough out ideas for different stories of his own.

In early 2004, while visiting his oldest daughter at a Detroit hospital, he came across a young cancer patient that was being pulled in a little red wagon by his parents. At the time, Sirls had no idea that he was looking at three characters that would appear more than eight years later in The Reason.

He was incarcerated in 2007 for wire fraud and money laundering. While in prison, Sirls learned a great deal more than he ever bargained for.

Life lessons involving faith, grace, patience, and forgiveness are evident in The Reason.

He is the father of two and makes his home in southern California. 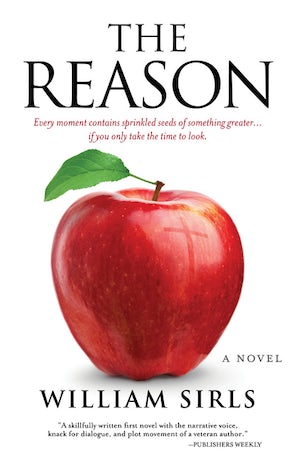