Leonard Ravenhill was born in 1907 in the city of Leeds, in Yorkshire, England. After his conversion to Christ, he was trained for the ministry at Cliff College. It soon became evident that evangelism was his forte, and he engaged it with both vigor and power. Eventually he became one of England’s foremost outdoor evangelists. His meetings in the war years drew traffic jamming crowds in Britain, and great numbers of his converts not only followed the Savior into the Kingdom, but into Christian ministry and the world’s mission fields. In 1939 he married an Irish nurse named Martha. Together they had three sons. Paul and David are ministers, and Philip is a teacher. Leonard went home to be with the Lord in November of 1994. 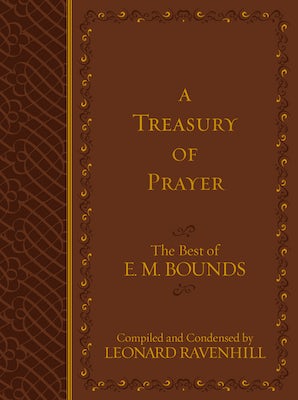 A Treasury of Prayer