I’m the executive director of Climate Nexus, a sponsored project of Rockefeller Philanthropy Advisors in New York funded by a number of foundations including the Skoll Global Threats Fund, Rockefeller Brothers Fund, Energy Foundation and others to focus on national climate and energy communications. Climate Nexus has had an extraordinary two years working with U.S. and international media on these critical issues.

Prior to that, I was the director of legislative and public affairs at the National Science Foundation from 2006 to 2011, where I helped create the America Competes Act in Congress that reauthorized NSF and put its budget on a doubling path. In public affairs, I formed several national media partnerships with NBC News, CBS News, U.S. News & World Report, the Discovery Science Channel, Discover magazine and others. The Science of Sports partnership with NBC Learn and NBC Sports won a 2011 Sports Emmy. We also created the popular Science360 daily news service, Science 360 Radio network, and Science360.gov, a popular iPad app and news portal that just crossed the one million download mark.

Before joining NSF in 2006, my media consulting company represented dozens of national clients including the American Red Cross, the Robert Wood Johnson Foundation, Yale University, and others. It helped create and launch three unique television networks for Discovery Communications, Encyclopedia Britannica and Lockheed Martin:  a new cable TV network concept for The Britannica Channel; global programming partnerships for the successful launch of the Discovery Health Channel, including a novel CME programming initiative and the Medical Honors live broadcast from Constitution Hall hosted by Regis Philbin; and programming strategies for the creation of the first-ever IPTV network developed by Lockheed Martin.

Earlier in my career, I was director of public affairs for the Food and Drug Administration - where I helped develop initiatives to regulate the tobacco industry and require truthful information on food labels - and a senior communications official at the White House. I was also a national journalist with Knight-Ridder, ABC News’ Satellite News Channels and others. I’ve written 19 novels, and I write a weekly science and technology blog for U.S. News & World Report called “At the Edge”. 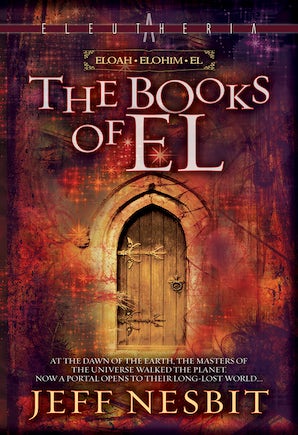 The Books of El